Often newspapers report news about labor unions, the occasional labor stike, and labor negotiations about wages and working conditions with companies. This processs is called collective bargainging…..an example would be the year 2010…..March/April  collective  bargaining processes with British Airways employees (many other examples are provivded by other groups /collectives that participate in the Carl Jung collective unconsciousness LAB RESEARCH on Earth Lab with experimental human specimens).

By Sandro Botticelli (1480 ou 1495). According to Carl Gustav Jung, hell represents, among every culture, the disturbing aspect of the collective unconscious.

Carl Jung – The Archetypes and the Collective Unconscious …

The collective unconscious was expressed through ‘archetypes’, universal thought-forms or mental images that influenced an individual’s feelings and action.

The EARTH is a laboratory of Nature…..with many human subset species involved in various stages of symbolic brain evolution. This process was explained by Lewis Carroll around year 1865….with his Alice stories ….a style of writing to explain very serious matters…such as the human guinea-pig experiments.…reference in “WHO Stole the Tarts”.

… slipped the guinea–pig, head first, and then sat upon it.) `I’m glad I’ve seen that done,’ thought Alice. `I’ve so often read in the newspapers, at the end of trials, …

In year 1872, Herbert Spencer provided more clues….as did several others…such as Russell and Whitehead in year 1910. 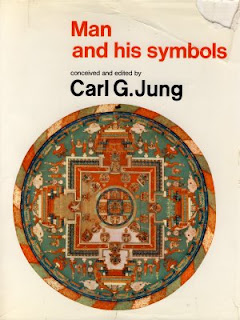 Major JUNGIAN social engineering experiments were performed by Joseph Stalin and the collective system….major attempts in brain thought research …..into group awareness and group thoughts
VS
an independent individual who relies upon math and empirical data to build an accurate explanation of a process that exists of EARTH LAB. Physics,chemistry, genetics, etc…have used serious techniques to explain the atomic and molecular structures of plastics, medicines, etc.

However, a VOID exists in atomic social psychology research of the human atomic brain. This intellectual VOID is deliberately planned SECRET VOID used by university collectives to manipulate and distort the SOCIAL CONTRACT with Nature as researched by John Locke, David Hume, and others. The existence of the intellectual VOID about an puzzling situations …..whose explanation can be found amongst high school senior level books…. or freshman college textbooks in genetics, math, humanities, history, English, etc. …is the VOID’S self-confession of a cover-up.
The explanation/answer is arrived at upon completion of an intellectual PUZZLE posed by NATURE. The many pieces of the puzzle are to be found amongst the various textbooks, along with personal work and social experiences, newspaper and television messages, music lyrics, etc. Thus the 500 pieces ……..many months of of serious thought and pondering….provide some amazing revealations about oneself and society.

The Manhttan project of 1943 had 2 components:
– the solid atomic uranium atom and its usage for physics ..nuclear reactors for electricity
– the symbolic uranium nuclear family under the auspices of Margaret Mead anthropology.
Thus the Margaret Mead nuclear anthropology studies of the periodic atomic table ….which in year 2011 is expressable by such concepts as: the human atomic brain, atomic social psychology, atomic political science, atomic economics, atomic social engineering policy,etc.
Such important matters are ignored ..hence the SCIENCE WARS and their casualties.

Thus in review…we see British and American university experiments with the unconscious MIND…..
a shot-gun approach that has resulted at the shootings: Cole Hall, Virginia Tech, Columbine High School, etc. Thus we see history repeat itself.

–> today, the college campus is a collective of students; the Carl Jung collective unconscious WAR Zone …with shootings at Virginia Tech,etc.

No attempts are made by universities, governments, or companies to undertand the situation.
The newspapers report the surface veneer of the school tragedies; their facts are accurate (time, place, who was shot, etc.) …but their explanations are incomplete regarding the deeper causes.

As parallel processing sources of empirical data on collectives …the British Airways collective bargaining process (other examples would suffice) could be reviewed…thus providing clues to the Carl Jung atomic collective (in theory a human is composed of atomic MASS versus religious MASS). Thus by looking at the COLLECTIVE UNCONSCIOUSNESS bargaining processes…the thoughts expressed or NOT expressed…..serious social scientists can build a comprehensive model that would encompass:

–> the labor union collective bargainning ….such as the AFL–CIO
.with CIO subset letter symbols of the larger word:
unconsCIOus  ……  Mind

–> the UN group in New York City…..a world-wide collective (United Nations of brain levels) gathered to study THEIR …..UNconcious   MIND. However, their difficulty is they are so deeply unconscious….they haven’t been able to emerge from that level…so perhaps some HELP is needed to lift their minds up.

–> The history of the Stalin collectives

….with the dormitory DORMANT student brain ..

….and the George Orwell OCEANIA battle in Oceanagraphy Class at Cole Hall, NIL, DeKalb and repeated tragic message…orginal message with the U.S.Navy and their National Science Foundation PSSC ripple tank/water tank…. physics wave experiments with the U.S.S.Cole and an ocean…OCEANIA and Book 1984 project plan errors ignored by WASHINGTON, D.C. and their exclusive monopoly on intellectual understanding of EARTH LAB.

The Airlines and Air Force messages:

–>We have the message of Runway 26, English Lexicon (atomic 26 proton alphabet of iron Hemeglobin WAR) in Lexington, Kentucky, USA and
the Coma airlines message of the COMAIR tragedy of Base 16 the curse/hex of the HEX’FAA”.

Universities deny the existence of such possiblilities….despite the abundance of data regarding the war situation. University students ought pay attention to reality……….instead of music and other distractions..